A set of thirteen oshie dolls

The doll making has been taken to an art form in Japan, and Oshie dolls were extremely popular items among wealthy classes along the whole 19th century. They dolls were obtained recycling old dismissed kimono silks, that were cut and fitted to padded cardboard outlines representing either a Geisha or a Samurai. Hands and faces were then hand painted, and the whole very much in the style of the Ukiyo-e genre. The results - dolls that are neither 2d nor 3d, rather something in between - were often brilliant and used to decorate the rooms of little girls. 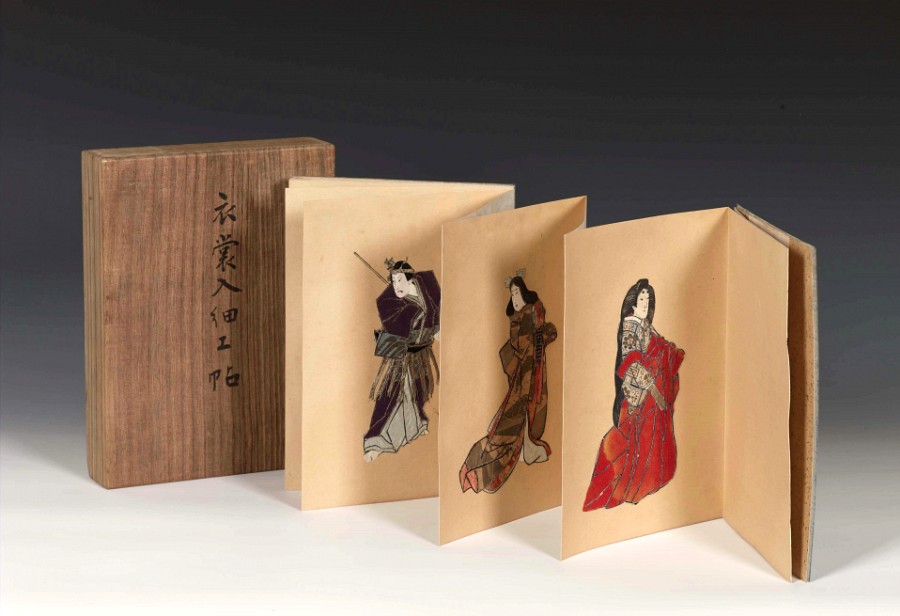 The present lot offers a variation from the canonical procedure, in having not-padded outlined figures delicately drawn with brown ink (see details – some Geisha faces ), and interspaces filled with cuts of silk. 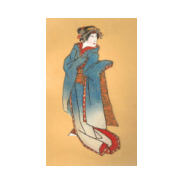 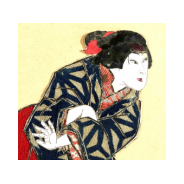 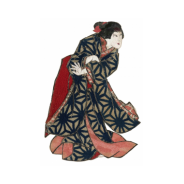 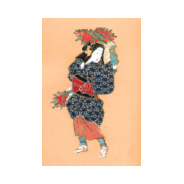 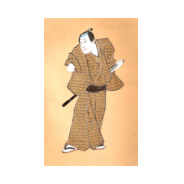 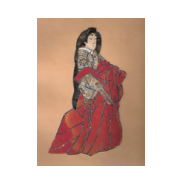 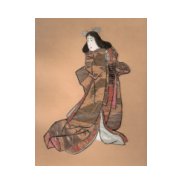 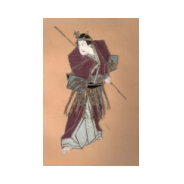 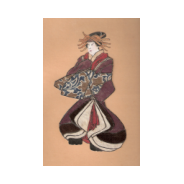 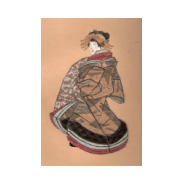 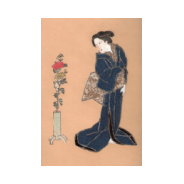 The whole then had not been mounted on heavier cardboard and sticks, as customary, but applied to a purpose-built book with a lovely Edo silk cover, and a custom made wooden box with inscription. Don’t know, maybe it was thought as valuable gift to a new-born baby girl or similar… in any case an astonishing result with 13 figures of highest quality applied on it. Condition: box – nearly mint; book cover - small water stain; pages – bit of age-related foxing; Oshie figures – very good, with just little wear on few silks. All in all, very good condition considering age. a very rare, interesting, funky and really out of the ordinary object.
Back to content