Writing boards were used instead of paper,  an expensive import,  at schools attached to mosques,  or at classes held in the tents of nomads.  Their use throughout the Islamic countries of northern Africa extended from Mauritania on the Atlantic Coast in the west,  to Somalia on the Indian Ocean coast, in the east.

Pupils,  whose first language was not usually Arabic,  were taught first the Arabic alphabet,  then religious phrases,  progressing to extracts from the Qur'an.  The ink used was a charcoal and water mixture, which could be washed off,  and the board re-used.  Pens were a short length of reed, cut at an angle to form a nib.  The calligraphy on this board is by different scribes on each side,  and represent good examples of a style of calligraphic script familiar to the region of Mauritania's borders with Mali.
The board itself shows a pleasant 'rippled' effect, produced by the board having been hand-formed with an adze,  rather than sawn or planed.

Old writing board #1, written on both sides. 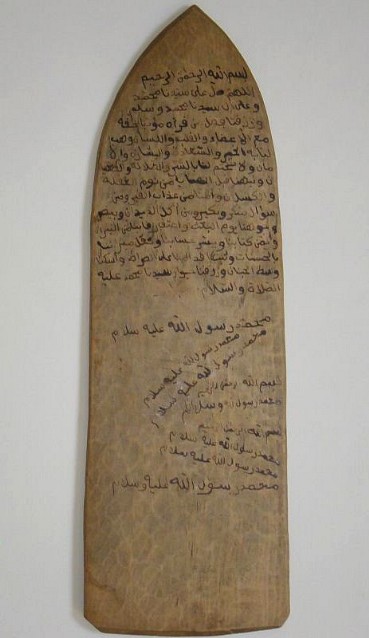 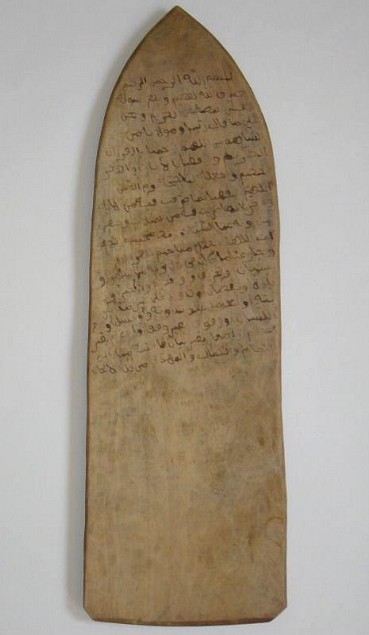 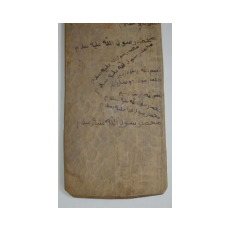 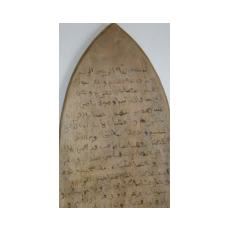 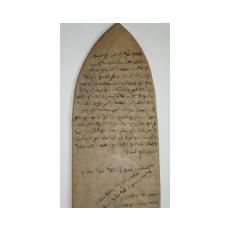 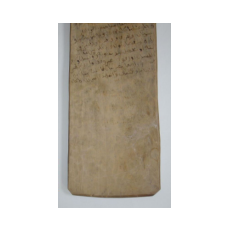 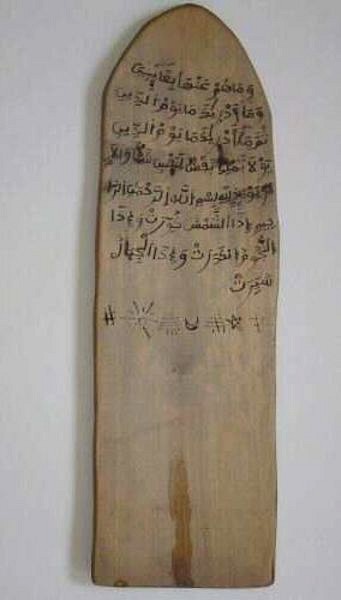 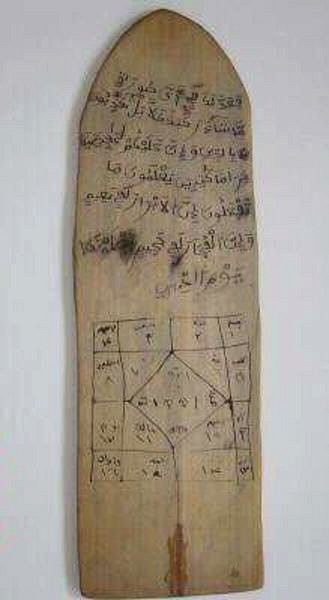 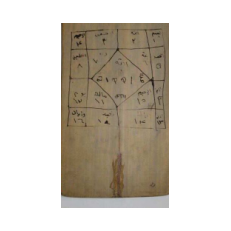 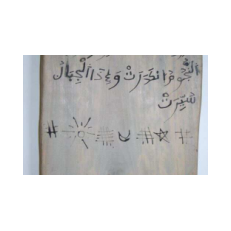 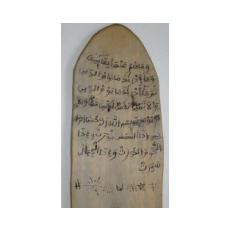 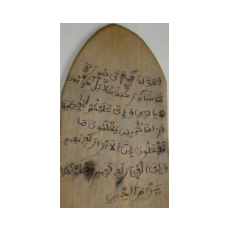