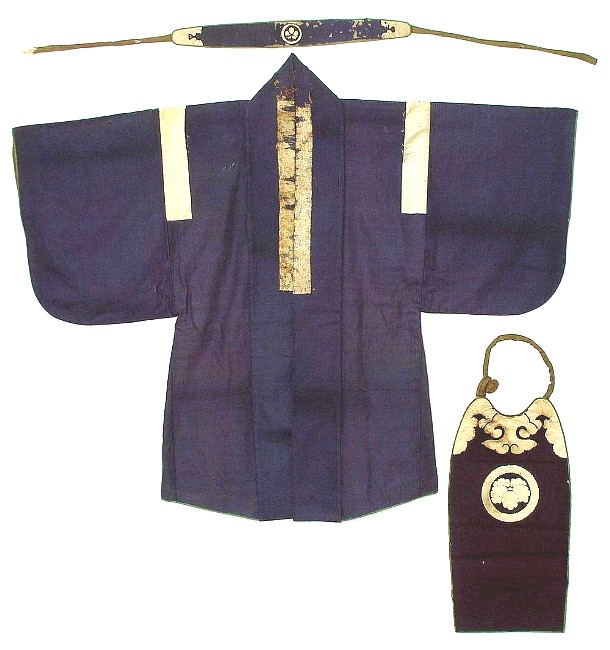 In old Japan, where wood architecture was predominant, fires occurred frequently. Firefighting was an extremely hazardous occupation and one of the most honourable activities. Therefore, in the early Edo period, only samurai were employed for the job.

From the mid 18th century onwards, well-organized groups of townsmen firefighters took control of activities but the commander almost invariably remained a samurai. He was in charge of coordinating activities, providing directions and a vocal reference. He would have been very close to the fire sitting on his horse and hoisting a banner or ’matoi’ with the coat of arms of fire brigade. We are offering such a samurai set, including a jacket (with a very deep vent, so to be easily used on a horse), and coordinated chest pad and headband. 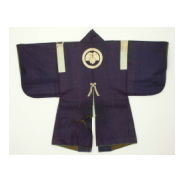 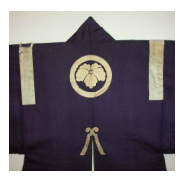 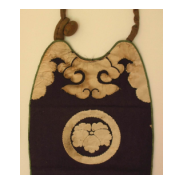 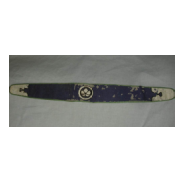 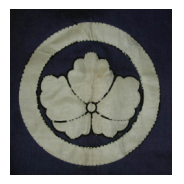 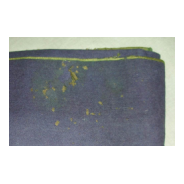 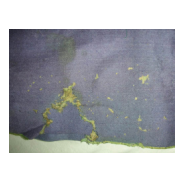 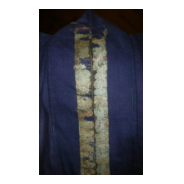 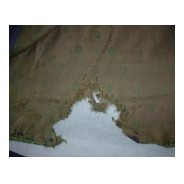 It was possibly belonging to a samurai living in the northern part of Japan as the set is made of wool (a very expensive material as it had to be imported) lined with a very fine silk brocade, and with the family crest (komon) and other ornaments in silk cut, applied and embroidered. The purple colour was another sign of owner’s social status.

The very fine and detailed design of silk lining points towards a late 18th or early 19th  century attribution (with Meiji restoration samurai lost their status and honours). Unfortunately, the condition is far from pristine with frays, wear, some staining and additionally old moth damage on woollen cloth. Also, colour of chest pad is a darker share of purple than jacket and headband; it uses same silk brocade for outlining details, though, so it must have belonged to this set anyway. Despite condition issues - mirrored in its price - this is a wonderful object, worth some real interest.

Handsome to the square.

A rare firemen's jacket and chest pad from late Edo Priod (1603-1867). 'Bushi' (samurai) wore this type of jacket at fire, and hoisted a flag on the horse..
This is made of beige cotton, and lined with thin plain silk. Kamon is embroidered.
There are frays in the hems, some stains and discoloration. Lining has some flaws as photos show (red texts indicate them). Chest pad has couple of stains and frays in the hems. Lining has more than several holes.
However, it is still very valuable piece! 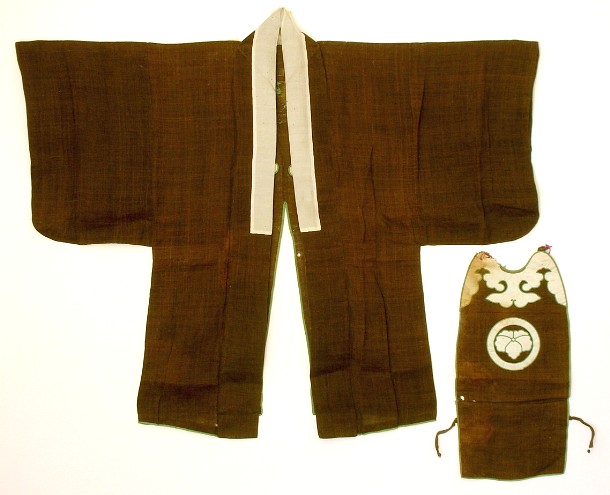 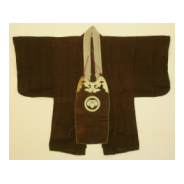 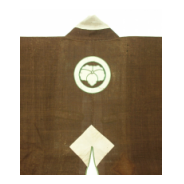 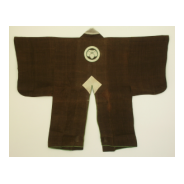 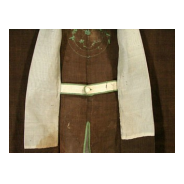 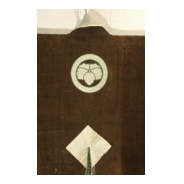 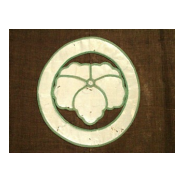 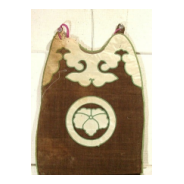 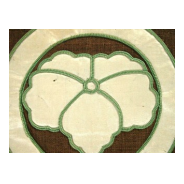 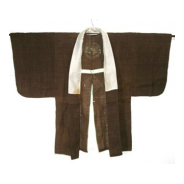 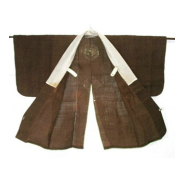 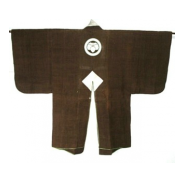